Invasioni Digitali – A little recap and a few thoughts from Germany

It’s already over, “Invasioni Digitali”, the week of digital cultural revolution which we already called out to some time ago to support this museum movement also here in Germany.

In the role of “German Ambassadors” we were delighted to watch many invasions happen, we organized and accomplished our own ones – but also, we tried to carry the initiative further by inviting and calling out to many other actors of the culture and social media field into participating.

Now I would like to try and give an overview as well as make a little evaluation of our first participation in the Digital Invasions. 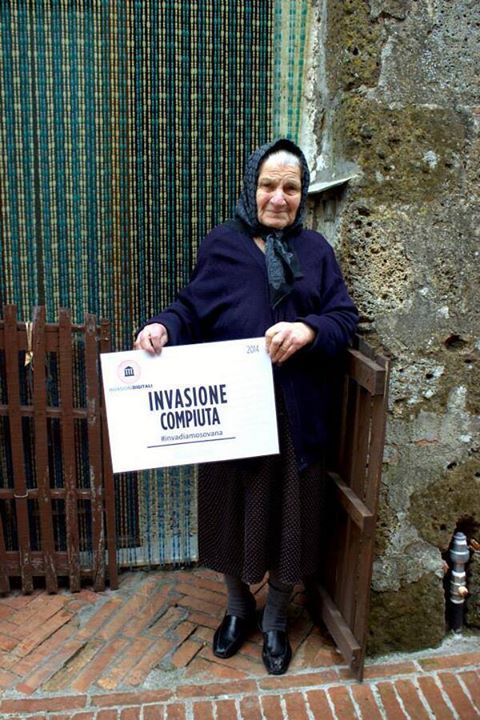 Italy had already kept in mind the idea of “Invasioni Digitali” from last year. Already in 2013 there had been 225 invasions taking place all over the „boot“ – and this despite the “not-so-ideal” conditions in institutional and bureaucratic terms. This year, the revolution moved on with even more force, so that the numbers almost doubled: 402 invasions took place from 24. April to 4 May – not without various fights for free entries, photo permission or even only being allowed to bring the tours to the museums.

Even so, and even if Italy is still fighting with a rather conservative management of their cultural heritage, there have been changes at some points. During Invasioni it became clear: many museums have a motivation to open up, see the potential of the crowd and the digital media, various cultural institutions already have a digital presence and use it.

My favourite example from Invasions 2014 is the MADRE Museum in Naples, which invited to a #yellowinvasion matching with their building’s colour. The event finally hosted 120 invaders in yellow dresscode, who were following each step of the museum’s director (with his rigorously yellow sneakers ) , while MADRE itself tweeted, posted and shot instagrams to finish off in total elegance by publishing its own, proud Storify of the event.

This is but one of many great examples: many museums and culture sites organized extra opening times, offered special tours or welcomed their invaders with their doors already wide open.

What distinguishes most of the events: a real enthusiasm and enjoyment, a celebration of culture and its liberation, that simply captivates and evokes great sympathy. Even Dario Franceschini, Minister of Culture and Tourism, expressed his support of the initiative through a Tweet on the second last day of the Invasion Week.

No wonder that this enthusiasm has a contagious effect: the 402 Italian invasions soon were joined by various others in Northern Europe: two in Berlin, one in Oldenburg, four in Munich, one in Copenhagen.

On top of that, the History Museum of Bosnia and Herzegovina in Sarajevo invited to invasion, and further than that came Baltimore, Sydney, and – in collaboration with Instagramers Rio – an Invasion at Museo do Arte do Rio.

Here things flowed a bit less quick – maybe due to a month of May already full of initiatives and the short timing that remained for organizing. Still, they flowed.

We ourselves organized two invasions in Munich – one, in a greater framework and with a broad spectrum of options at Munich’s cultural center PLATFORM, the second one, in a smaller group and led by the director in person, at Munich’s Valentin Karlstadt Musäum.

In our role of Ambassadors, we also tried to pass on the idea and invited people from our network to join the Invasions and organize their own events. 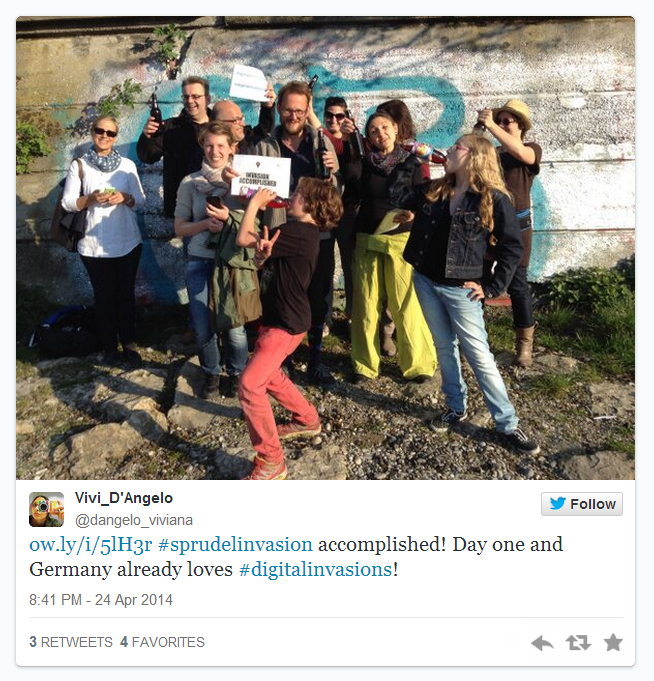