Invasion of the Paper Universe. From its history to the technique in paper-making. 2nd step: “The tecnique” 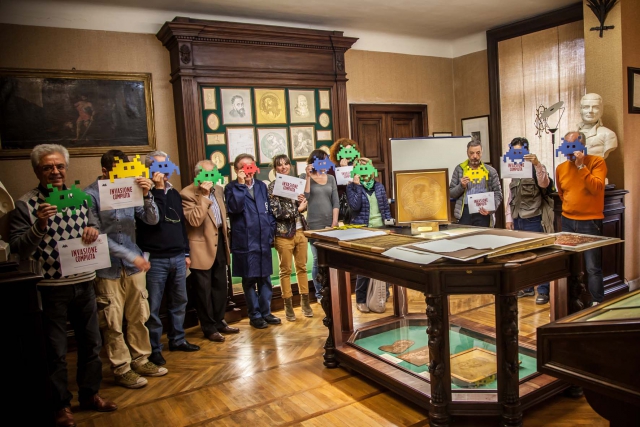 14 May Invasion of the Paper Universe. From its history to the technique in paper-making. 2nd step: “The tecnique”

Posted at 16:22h in Blog news, Uncategorized by Francesco Odierna

The “digital invasion” arrived to Gianfranco Fedrigoni Foundation, European Institute of Paper Historians and Paper Sciences (ISTOCARTA) which has its headquarters in the Historical Archive of Miliani Paper Mills in Fabriano (AN).

The G. Fedrigoni Foudation ISTOCARTA, appreciating the value of the initiative, promoted an “Invasion of the Paper Universe. From its history to the technique in paper-making” and it reserved two dates for the “invaders”, 25th April at 10.30 a.m. and 30th April at 3.00 p.m., by opening the precious Historical Archive of Miliani Fabriano Paper Mills to the public. 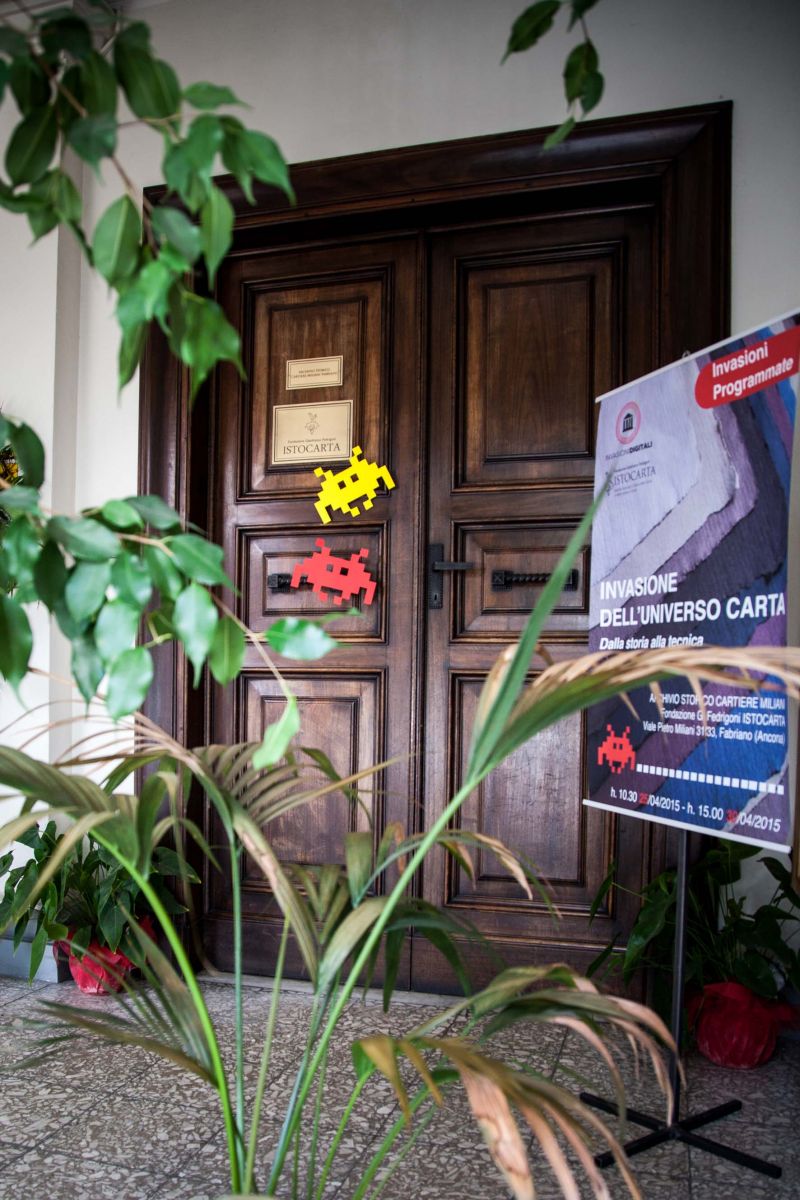 The 2nd step was dedicate to the “technique”. Dr Livia Faggioni (Coordinator) spoke about the ways of realization and use of the tools necessary for the fabrication of hand-made paper through the historical paper heritage inherited by Miliani Fabriano Paper Mills: waxes, dies, hand-moulds preserved by G. Fedrigoni Foundation ISTOCARTA. After a short introduction, in the little museum annexed to the Archive, was shown a video on the hand-made papermaking, realized by the FABRIANO Fedrigoni Spa Paper Mill, in the “Vat division”, to enter after in the details of tools. The “hand-mould”, principal tool for the hand-made paper production, was the protagonist. From the analysis of its different morphological features to the different ways of realization and the result on the paper: “”laid” mould and “wove”mould, with clear watermark (“in chiaro”) or clear and dark watermark (“in chiaro-scuro”), etc. 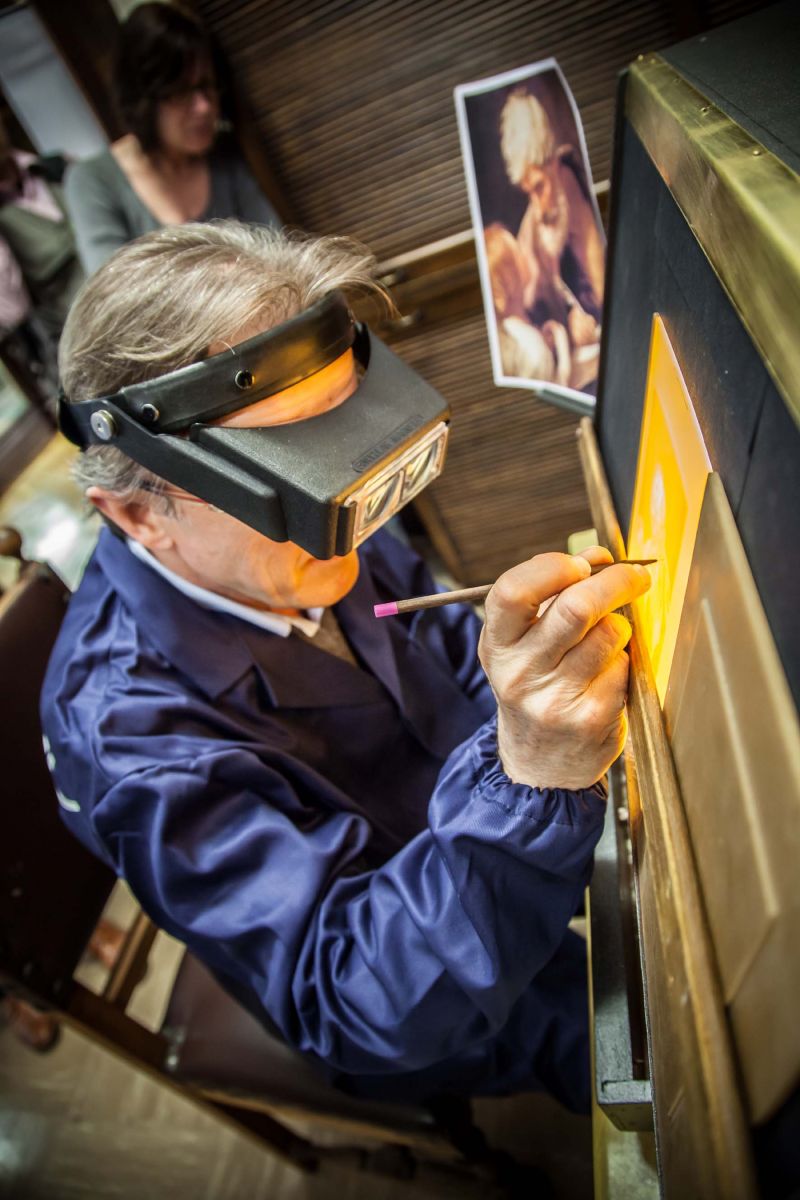 The 2nd room of Archive has hosted the tools necessary for the production of a copper “die” (positive and negative die) to impress the watermark on the metal wire of the hand-mould (clear and dark watermark): from the engraver box for the engraving wax (from where is produced the die); to the graphite box, until to the tubs for the electroplating process (to produce the die). Very interesting the demonstration of engraver Gilberto Micucci (emplyee of FABRIANO paper mill). 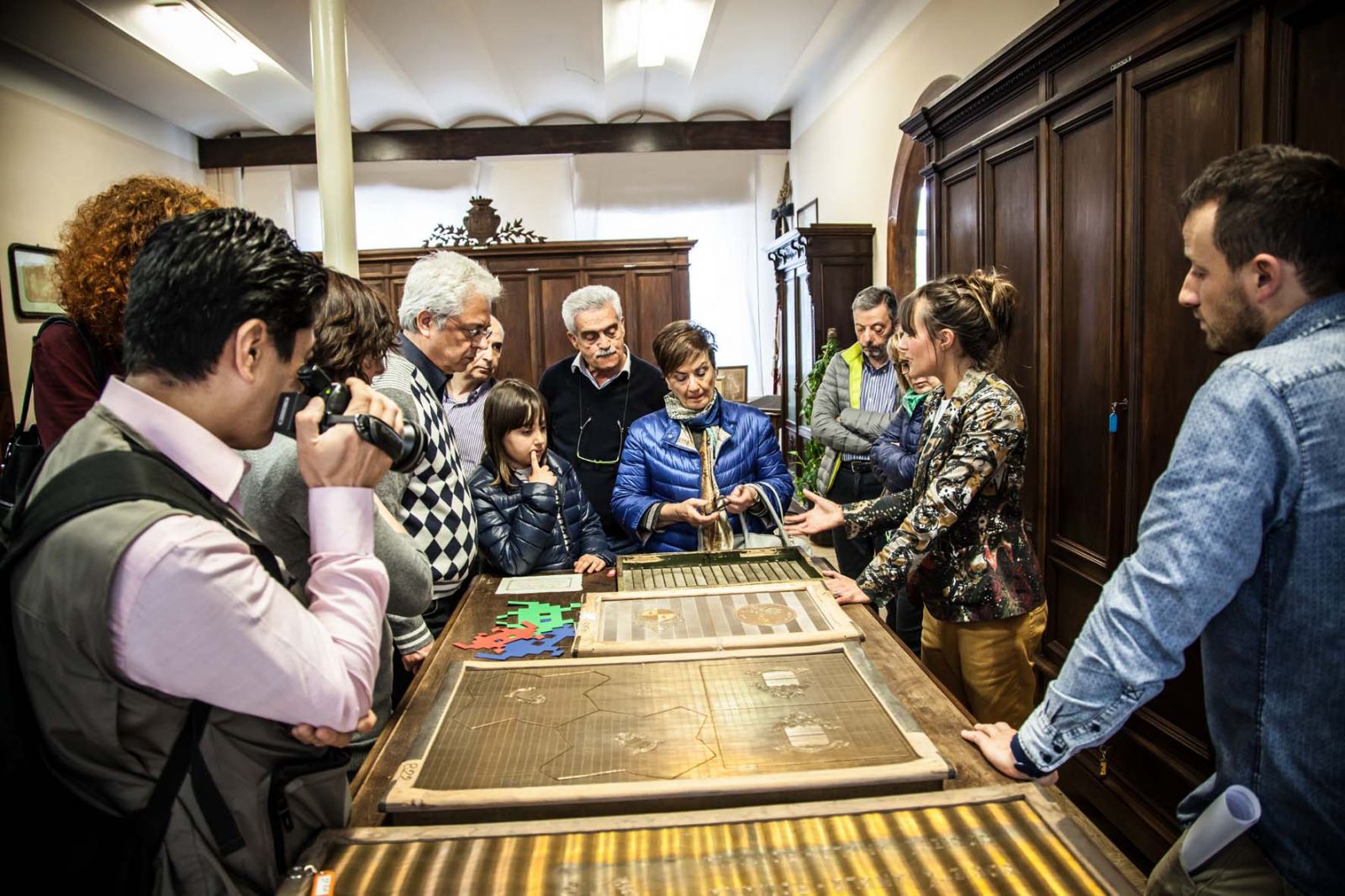 Many questions and much curiosity for the 2nd step of the “Universe paper invasion”. As for the 1st step, the two rooms of the Archive were “invaded” by multicolor “invaders masks”. At the end, the usual photo. The “invaders” have worn the “invaders mask” and…INVASION MADE!!