Invasion of the Paper Universe. From its history to the technique in paper-making. 1 Step: “The history” 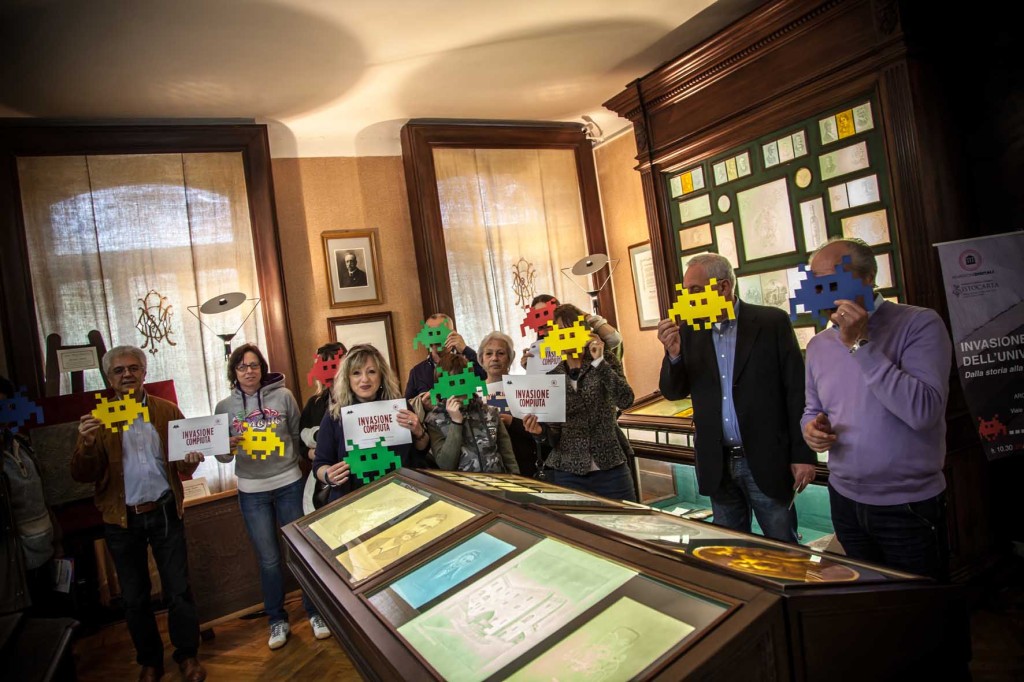 14 May Invasion of the Paper Universe. From its history to the technique in paper-making. 1 Step: “The history”

Posted at 16:23h in Blog news, Uncategorized by Francesco Odierna

The “digital invasion” arrived to Gianfranco Fedrigoni Foundation, European Institute of Paper Historians and Paper Sciences (Istocarta) which has its headquarters in the Historical Archive of Miliani Paper Mills in Fabriano (AN). 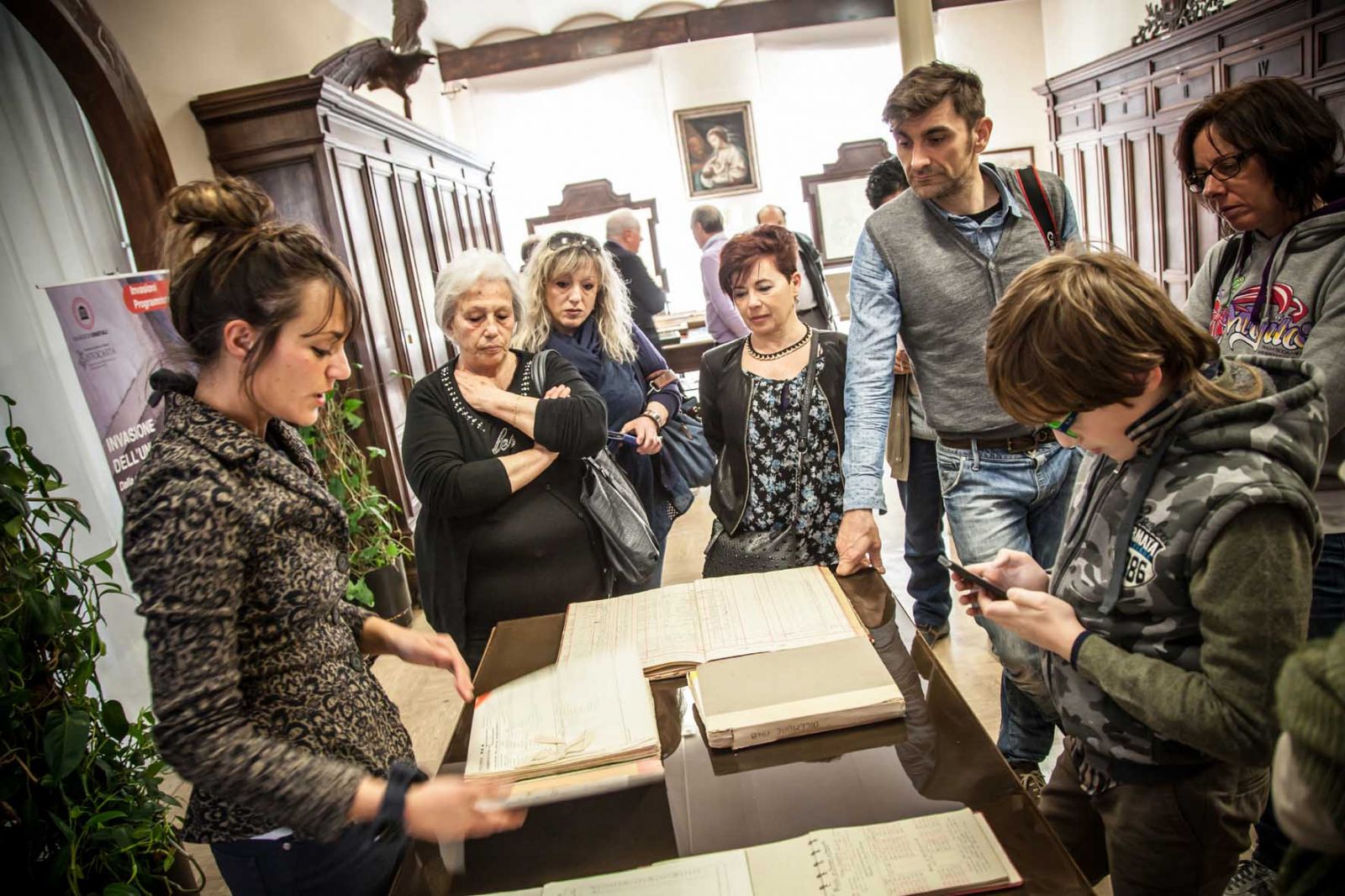 The G. Fedrigoni Foudation Istocarta, appreciating the value of the initiative, promoted an “Invasion of the Paper Universe. From its history to the technique in paper-making” and it reserved two dates for the “invaders”, 25th April at 10.30 a.m. and 30th April at 3.00 p.m., by opening the precious Historical Archive of Miliani Fabriano Paper Mills to the public.

The 1st step was dedicate to the history of Fabriano Paper Mills from 1782, narrated across documents which have been conserved at the Historical Archive of Miliani Fabriano Paper Mills, the first Enterprise Archive acknowledged as being of “noteworthy historical value” in Italy (20th July 1964). Great interest and curiosity of many “invaders” who have admired, in the first time, the little museum annexed to the Archive where there are some tolls for the hand-made papermaking (hand-moulds, metal wire, dies, etc.) and some of the most beautiful watermarks produced by Miliani Ppaer Mills since the end of 1700 (that are part of a collection of more than 1,500 pieces, the “Raccolta del Duca Tosti di Valminuta” preserved in the Archive): artistic watermarks “in chiaro-scuro” (clear and dark shadows), that reproduced portraits of famous Italian and foreign characters; watermarks commissioned by historical Made in Italy Companies (Olivetti, Liquore Strega, Brioschi, Borsalino, Fiat, etc.); precious watermarks for banknotes. 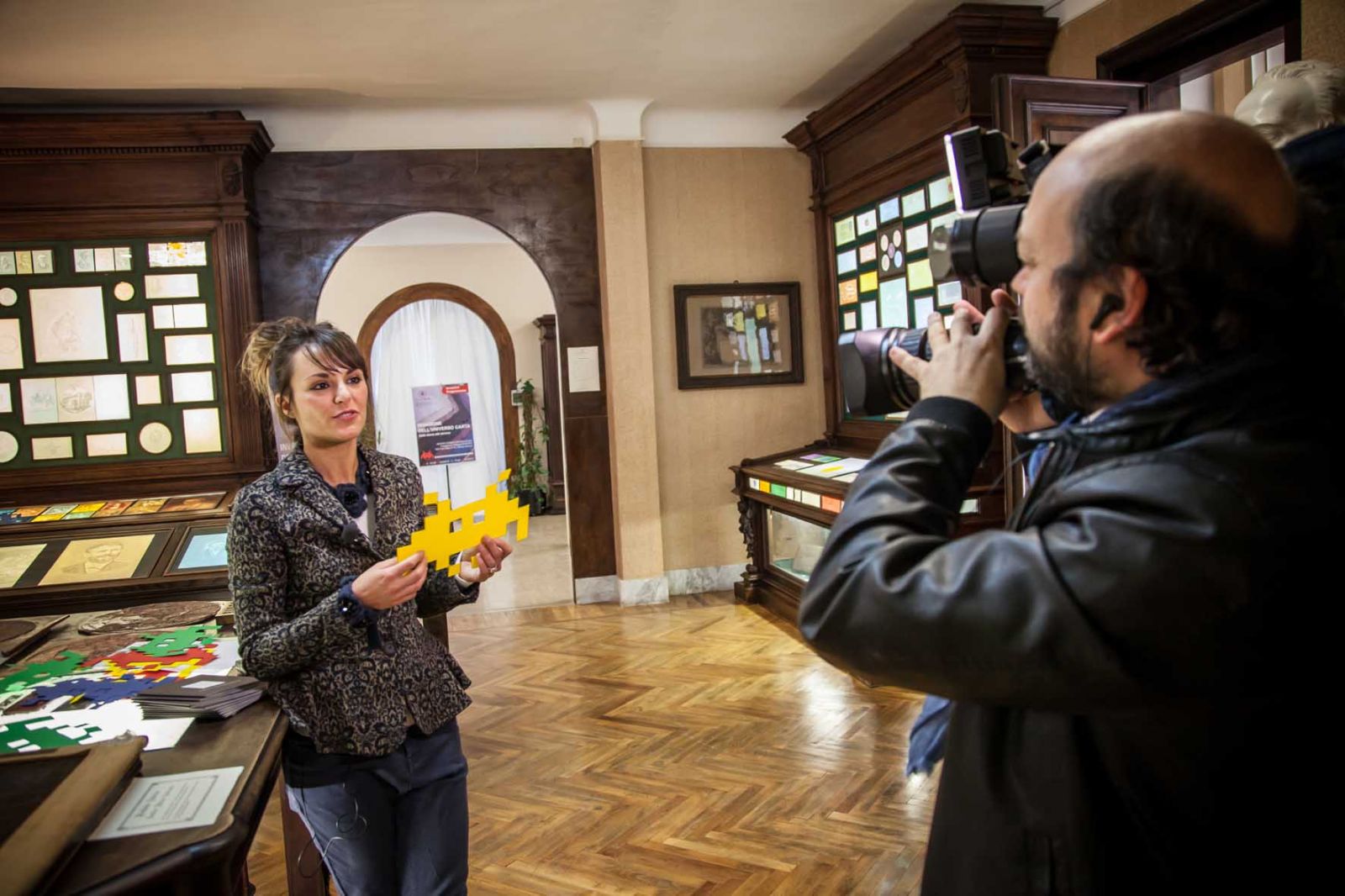 From little museum to the heart of Archive, in the “Reference room” where some documents representative of the history Miliani Paper Mills, dated since 1782 (the date of the foundation of Miliani Fabriano Paper Mills) were showed: “Copia-lettere” (registers where the outgoing letters of Paper Mills were copied) with important name of Italian and foreign clients, like F. Rosaspina, G.B. Bodoni, M. Leopardi, A. Canova, R. Morghen, etc.; old price lists; wonderful and multicolour samples of paper; photos since 1871 conserved in the “Fondo Fototeca” with more than 1.500 historical photos, testimony of industrial archaeological , architectural, landscape heritage, of society and paper culture. A historical heritage who has given and gives yet an important contribute for the history of paper and paper science in Italy and in the world.

The TgR Marche (television news) participated to the “invasion” and realized a video, available on www.istocarta.it, in the VIDEO section. 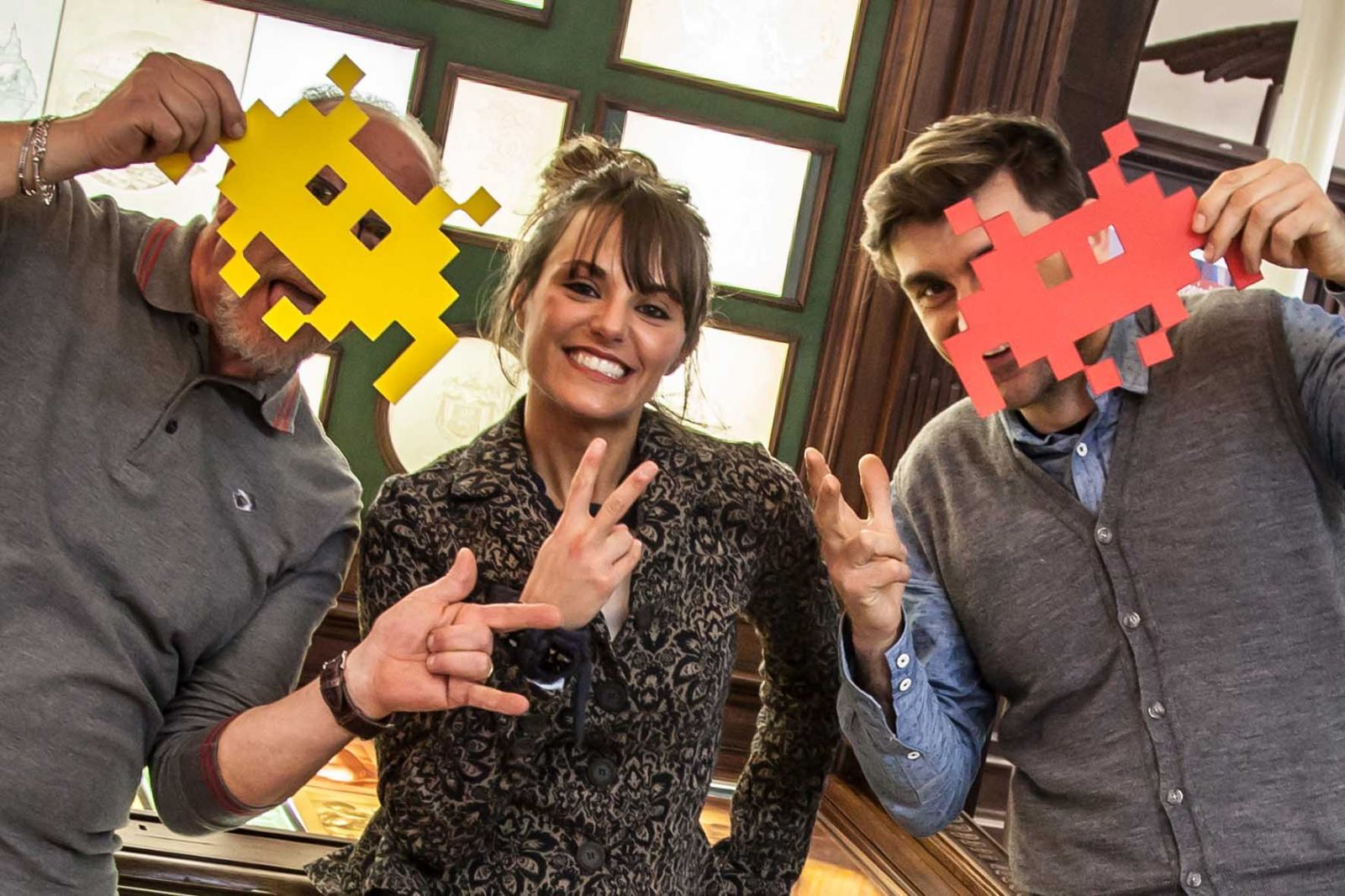 The two rooms of the Archive were “invaded” by multicolor “invaders masks”. There was a special atmosphere. The main features of this 1st step were culture, curiosity and irony. At the end, the usual photo. The “invaders” have worn the “invaders mask” and… INVASION MADE!!